Jaap Robben (1984) is a poet and author. He doesn’t write for a specific age group, but for everyone. Since 2004 he has published poetry, novels, articles, children’s books and translations. He has also written several theatre pieces. His work has been awarded many prizes, his novels are made into films and his work has been published in fifteen languages. Under the heading WORK you will find a list of all his books and articles.

Jaap initially started studying Environmental and Social Sciences at Radboud University in Nijmegen, but finished as a student at the Koningstheater Akademie in Den Bosch. From 2008 to 2010 he was the city poet of his hometown Nijmegen. In 2012 he moved to an old farmhouse in a German Rhine village. Well, that village is more of a hamlet. Or as some people say: ‘not in the middle of nowhere, but behind
it’. For Trouw newspaper, he wrote the serial Po Polska about the Polish men who helped renovate the farmhouse where he now lives with his girlfriend and their two children.

Jaap enjoys performing in bookshops, libraries and at festivals, Crossing Border Festival for example, or The Night of Poetry, Lowlands, Into The Great Wide Open and the Wintertuin. But he also travals abroad professionally, to Germany and Belgium. Or Oman, the Czech Republic, for the Lirikonfest in Slovenia, London for The European Literature Night and Belarus for the Festival of National Cultures. In 2018, he did a major tour of the United States and Canada with the translation of Birk where he was a guest at LitHub in San Francisco, the Brooklyn Book Festival, the Writers Festival in Vancouver and the the Boston Book Festival, among others.

Jaap is also a popular guest on Dutch television: he discusses poetry for network Max, has regularly appeared on chatshows (his novel Zomervacht was named Book of the Month) and recently appeared on VPRO television with his initiative ‘Dichter aan de Lijn’ (Poet on the Line), where he and other poets called people at night during quarantine to read them poetry.

Jaap is currently writing a new novel that is expected in mid-2022. 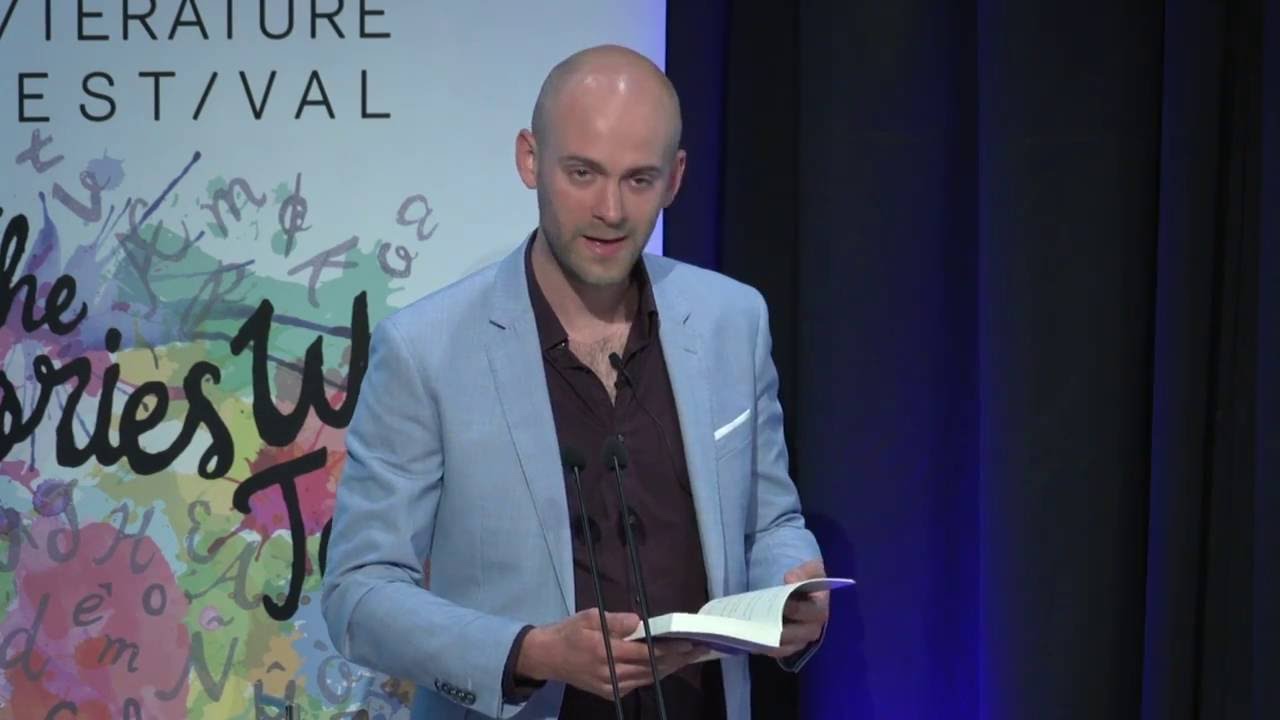 Jaap Robben at the European Literature Night in the British Library in London in 2016.